Call Us Location Menu
COVID-19
What we are doing to keep your safe.
Click to see details
16 September 2020

Subaru’s best-selling Forester range is expanding further for the 2021 Model Year, with the addition of a 2.5i Sport variant, due in showrooms during October.

Following the introduction of two hybrid Forester variants earlier this year, the addition of the 2.5i Sport adds to the All-Wheel Drive choices. 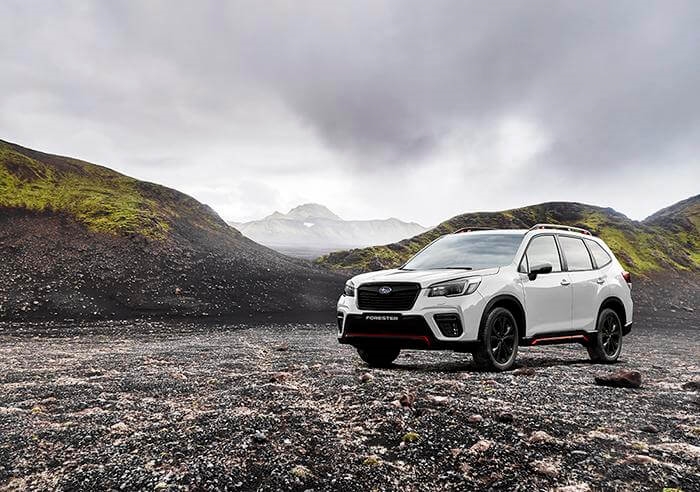 There is good news for Forester towing enthusiasts too: maximum towing capacity is increased from 1,500 kg to 1,800 kg for all non-hybrid variants.

Forester 2.5i Sport AWD is the only Forester variant available in Dark Blue.

All MY21 Foresters share a revised headlight design, with a darkened area around the main beam bulb.

Also added across the range is auto door lock/unlock and a Collision Detection Unlock function. The latter is intended to unlock doors and tailgate in the event of a heavy collision, reducing the possibility of occupants being trapped in the vehicle. Subaru Australia Managing Director, Christian Dinsdale, said: “We are delighted to offer even more choice in the Forester range.

“2.5i Sport AWD is the third variant we have added to the initial four offerings in the current generation and it’s an eye-catching and practical wagon that only enhances Forester’s customer appeal.”

He added: “The 300 kg increase in towing capacity for non-hybrid variants also represents a significant advance, which will convince a broader set of customers to consider Forester for its practicality across a whole set of parameters.”

Visitors to Murray Bridge Subaru can register their interest at here

Book a test drive today on the Forester MY21 Subaru Forester 2.5i Sport (overseas model shown)
Back to News